The PICO-TA499 PicoBNC+™ 10:1 Scope Probe and Adaptor has a fixed x10 attenuation and is intended for both high-speed signals like CAN and FlexRay as well as for higher voltage signals, such as primary ignition. It is the equivalent of the existing PICO-TA375 Oscilloscope Probe and the PICO-TA197 10:1 Attenuator.

The length of the earth lead has been increased on the PICO-TA499 and is also supplied with an adaptor tip allowing it to be used with any of the 4mm Clips. The Probe is automatically recognised by PicoScope software when it is connected to the scope.

The probe works with the latest 2 and 4-Channel 4X25A PicoScopes and is automatically recognised by the PicoScope software when connected.

With high bandwidth and fault-protection, the 10:1 oscilloscope attenuator has been designed to allow fuel injector and primary ignition waveforms to be measured using PicoScope oscilloscopes.

The PICO-TA197 is a passive 10:1 attenuator. This means that a 10 V signal at its input will appear as a 1 V signal on the output. The PICO-TA197 allows voltages of up to 400 V to be measured. Note the PICO-TA917 attenuator is designed for ground referenced signals only as it only attenuates the signal path and not the ground path.

The PICO-TA197 attenuator also increases the input impedance of the oscilloscope from 1 MΩ to 8 MΩ and can also be used when measuring the output of high-impedance sensors such as piezo knock sensors where connecting an automotive scope can attenuate the signal or induce a fault code.

Note : When using a PicoScope 4225 or 4425 oscilloscope the oscilloscope attenuator may not be needed for measuring injectors because the voltage spike is usually under 200 V (however, we recommend that you always use an attenuator when probing inductive circuits because of the unpredictablity of back EMF). It will always be required however when using older generations of PicoScopes which only measure to 50 V or 100 V. The 10:1 attenuator is an improved version of the 20:1 attenuator previously available from Pico. 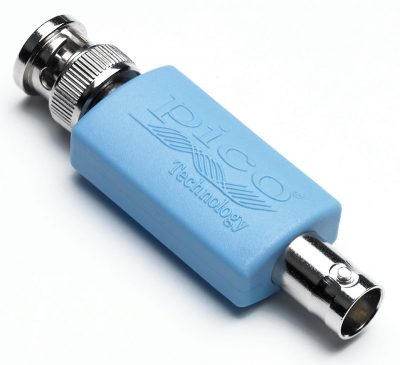 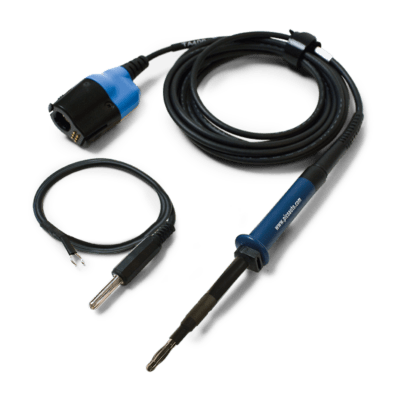 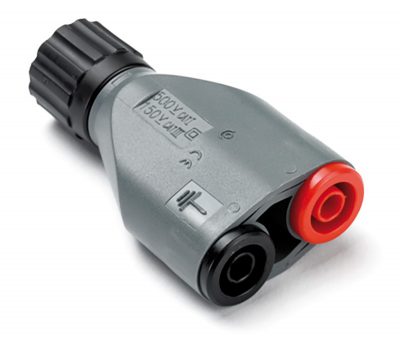 Watch - Attenuators then and now 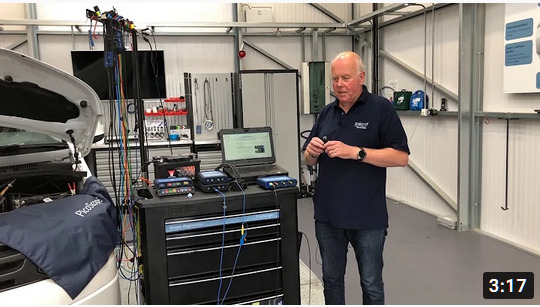 The BNC to 4 mm adapter connects two 4 mm (“banana”) plugs to a BNC socket. If you have a sensor such as a current clamp with 4 mm plug outputs, for example, this adapter allows you to plug it into a PicoScope Automotive Oscilloscope with a BNC input. The 4 mm sockets and BNC plug are fully shrouded for safety.


Also, have a look at Ignition Accessories.