A parasitic drain current test can take place over many hours. The battery in your current clamp might run down so using a resistor to measure current, calculated using a PicoScope maths channel is a solution. This article builds on the Pico's Parasitic Drain Current Test.

Sometimes you might need to do a little preparatory maths to setup a test. Calculating the maximum current that a resistor can carry is an example and this is the formula:


Notice that the relationship is not linear - doubling the resistor wattage does not double the current.

The current through a resistor is the voltage divided by the resistance
V / R = I. Use a maths channel to calculate the current – multiply Channel A by 10 (same as dividing by 0.1 Ω). 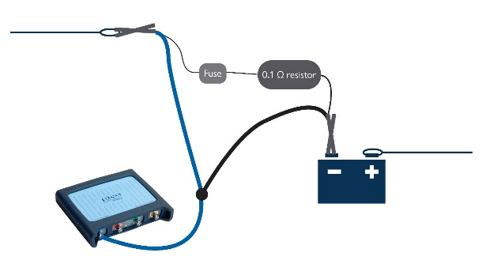 Disconnecting the battery to insert the resistor can start a power-up sequence and a large current can flow when the battery is reconnected, even if ignition is off. 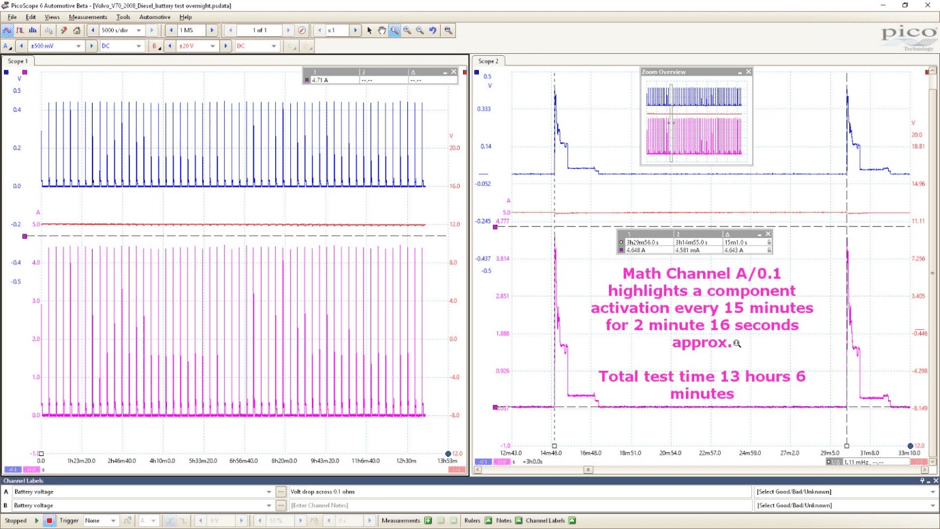 The Maths Channel (Pink) shows the current. A component wakes up every 15 minutes for approximately 2 minutes and 16 seconds. The total test time was about 13 hours.

Derived from Steve Smith's excellent series on the Maths Channel Maths is Cool on the Pico Auto website.