Harness the Power of the PicoScope Maths Channels

The PicoScope Maths Channel allows you to perform calculations on the fly as your PicoScope displays a waveform. It creates one or more new waveforms which show the result of the calculations. These articles are a short course showing you how to use them. 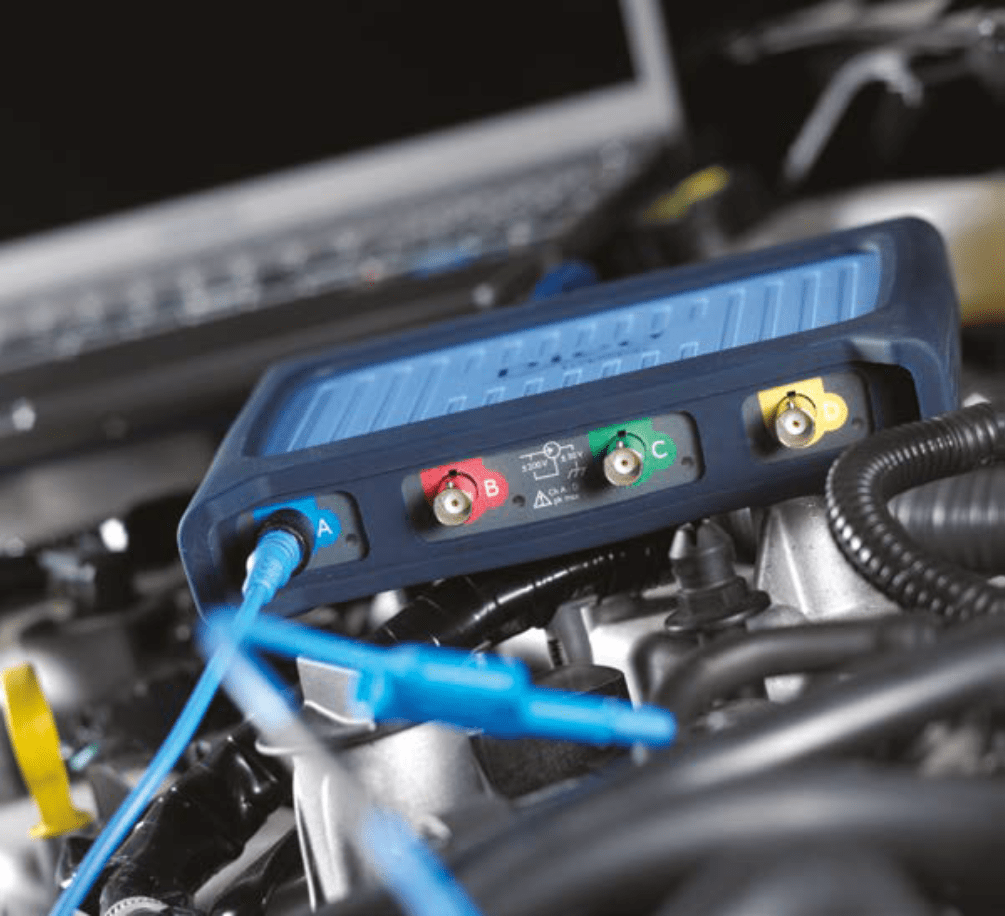 The PicoScope Maths Channel allows you to perform calculations on the fly as your PicoScope displays a waveform. It creates a new waveform which shows the result of the calculations.

There are built-in formulae for quick calculations and a suite of maths functions that you can apply to the waveform. As an example, you can use Math Channels to calculate power by multiplying amps and volts. Your imagination is the only limit to the number of test that the you can add. Here are a few applications included in this tutorial to whet your appetite:


Setting up a Maths Channel

Click on the Tools Menu in PicoScope 6 and then on Math Channel. A window opens showing a number of built-in formulae. 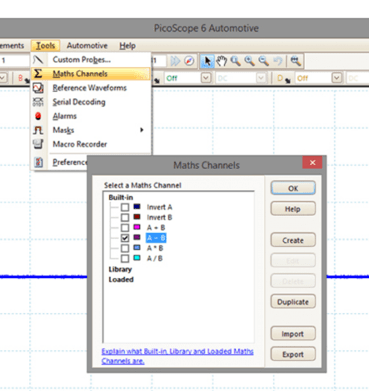 
Click the Create Button to compose your own formulae. You can save your formulae int a library for later use and import or export your formulae to a file. Build your own library of useful functions that you can call on whenever you need them. 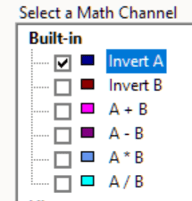 Use the built-in formulae for instant results. The first example is invert, which means that the waveform is turned upside-down. The formula used behind the scenes is simply 0 – A.

Select the Invert A and a new trace will appear that is the inverse of the selected channel (in this case A). 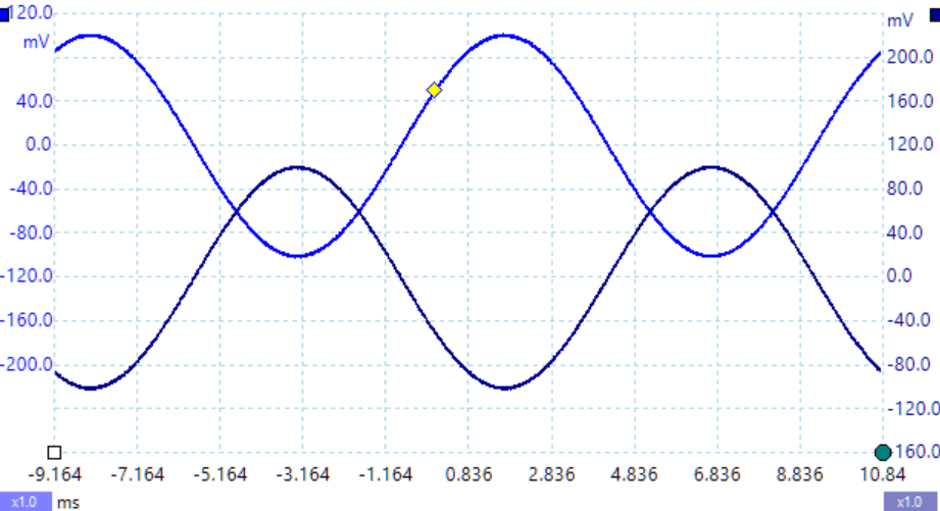 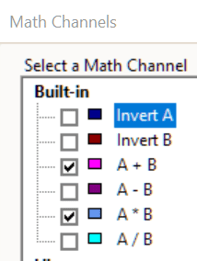 In the display above, the A Channel is blue and the inverse of A is black. You can treat Maths waveforms just like any other waveform. In the example above, the maths channel’s scale is on the right and the 0V level has been dragged down to separate the waveforms.

In this example, two maths channels are created. The first (pink) adds two channels, A (blue) and B (red) together and the second multiplies the channels (light blue). 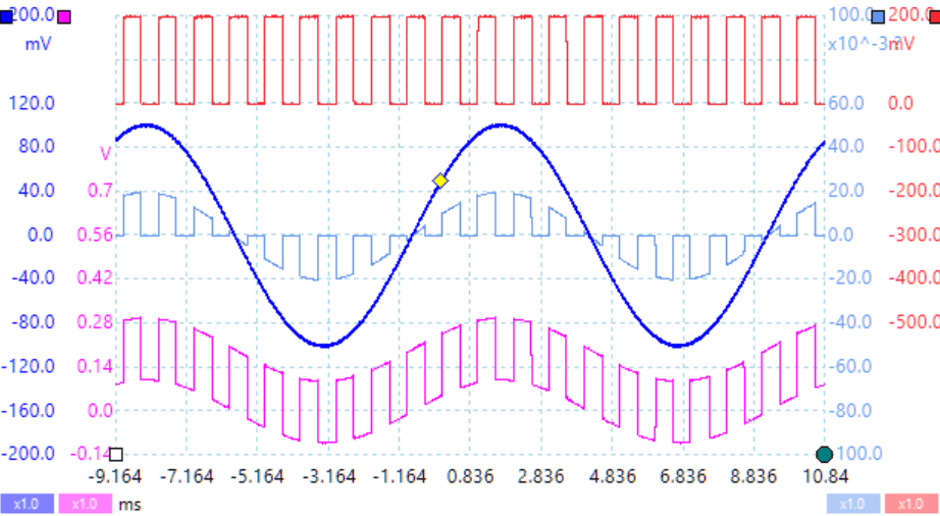